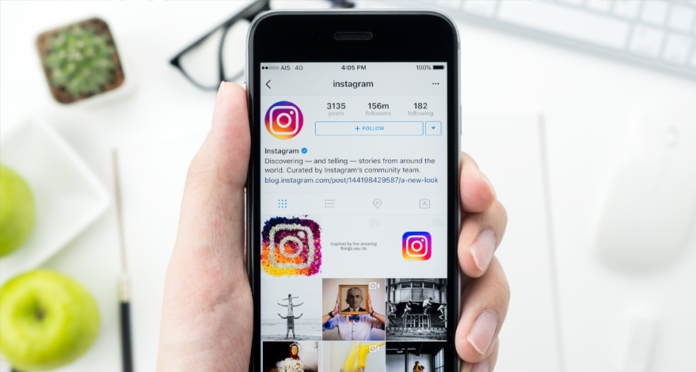 Honestly! I don’t want to be a fashion idiot, slavishly following trends and consuming fast fashion without so much of a whisper as to who made the clothes or if the dyes used are environmentally friendly. I don’t want to be that gurning fool.

But Instagram is making it hard with their endless cycle of ads selling everything from Gucci inspired belt bags to floaty summer dresses spookily pitched exactly to my tastes. If I didn’t know better, I’d say they’re spying on me. The profiling is paranoia inducingly spot on.

So far this week, despite my best efforts to eschew the material world, I’ve bought three items, including a battery operated, hand held juicer. It made absolute sense at the time, my index finger pausing the scroll for a better look at how easy it is to juice on the hoof.

Wham Bam! Two minutes later, with the help of PayPal I was the proud new owner of a portable whisk in a cup.

It was so easy, no need to root around for my VISA card. Lying in bed, still in my jimmy jams, the purchase was made without any annoying questionnaires or subscription spam. And yes I bought the Gucci inspired belt bag and the floaty summer dress. Doh! Why is it so hard to be virtuous?

I’ve read the books on Eastern philosophies promoting simplicity in all its forms. I’ve cleared out my wardrobe, while simultaneously replenishing the spaces and I’m even trying Transcendental Meditation and still I bite the bait, with eyes wide open.

If it’s working on me in my ‘woke’ state, how are the ‘must-have’ brigade doing?

No wonder last year was a bumper for online sales in Ireland with Ibec’s Retail Ireland director Thomas Burke warning bricks and mortar retailers of a dramatic shift in consumer spending habits. ‘A growing cost base linked to increasing local authority rates, insurance premiums, regulatory red tape and Government mandated wage rates, all give an undue advantage to their competition, most likely based in a warehouse in a city or town in the UK’.

Just when I couldn’t feel any worse about my trigger happy phone shopping. What can I say? Sorry. I will try harder to be a better consumer. That or give up Instagram.

The thing about giving up Instagram is that nobody can do it, not broadcaster Claudia Winkleman, not blogger Rosemary MacCabe, not fake tan whizz Marissa Carter.

All these grand announcements declaring they’re off, had enough, can’t deal with the nonsense and then within what seems like minutes in cyberspace time, they’re back.

The most strong willed amongst us, can’t bear to be out of the loop, even if happiness lies just over the horizon. So here we are on the new frontier of shopping. We know Facebook and Google have our most nuanced personal details because we’ve handed them over freely. Now we’re being targeted expertly with their ads. It’s genius really. Nobody is making us buy. It’s free will after all, even if it doesn’t feel like you’re in charge of your senses.

THE ART OF THE BACKHANDED COMPLIMENT The encouragement you do not...