Home Travel LORGUES PROVENCE Our top five things to do


If you love history, food and wine, put Lorgues on your list. Dating back to prehistoric times, this typical Provencal town continues to thrive year round with its markets, café culture and restaurants…

It’s no surprise the Romans took a fancy to its prized location overlooking rolling verdure, perfect for vineyards, olive trees and truffles as did the Knights Templar during medieval times with many ancient buildings and walls holding strong.

Just an hour and a half from Nice or Marseille airports, Lorgues is easily accessible from the famous A8 autoroute and provides a captivating entry point to the endless tourist attractions nearby including the world famous Gorge du Verdon, just 19 km away. In the other direction, take the scenic route, avoid the tolls and you’re on the French Riviera within 50 minutes. Be warned the roads into Saint Tropez get clogged during July and August so we recommend you enjoy the drive off-season.

Here are Exquisite.ie’s five top things to do in Lorgues:

Is there a better way to pass an afternoon than sitting in the sun sipping one of Provence’s famous Rosés and eating local produce?

There is plenty of choice for eating out in Lorgues from Chez Ludo’s vegetarian friendly menu (Come on! Give us a vegan option.) to Chez Bruno’s exclusive truffle dishes.

It’s best to book ahead and remember the French are very clear about their eating times, lunch is 12:30pm -2.30pm with dinner generally starting at 7.30pm. This is not a culture that serves food all day in case you are used to such convenience. Best to fall in line or go hungry.

Every Tuesday throughout the year, Lorgues’ famous market takes over the main street and beyond with shoppers coming from near and far to buy fresh organic fruits and vegetables, cooked meats, flowers, clothes, toys and household goods. There’s free parking all around Lorgues to accommodate the crowds.

This is one of the largest in the Var so be warned, it gets busy during tourist season, as do the restaurants and coffee shops lining the streets.

There are a few things to note before you buy.

Beware of the scales, invariably the price tends to be €13 when it comes to tapenades and pastes – if you feel you’re being ripped off, walk away.

Or say you’re willing to spend a €5 and no more. Be firm. Also check your change twice and be sure of what note you’ve handed over. There’s certainly an open season on tourists so you have to stay one step ahead of the game. Speak up.

Do like the locals and bring a basket to save on plastic and pick your own fruit and veg to be sure you’re getting the best choices.

Top tip: It’s best to get in early as it will be all wrapped up by lunchtime.

Look out for those ‘Dégustation’ signs around Lorgues, otherwise known as wine tasting. Many of the estates are happy to welcome guests for a sip and chat, the price is rarely more than seven or eight euro, or free if you make it to the five star Chateau de Berne estate. It’s generally presumed you’ll make a purchase but there’s no pressure if you choose not to buy.

Remember they’ve been making wine in this region since the ancient Greeks founded the city of Marseille in 600 BC. It’s a finely tuned process.

Rosé is the tipple of choice but the reds are worth trying too with wine critic Tom Stevenson giving Provence’s spicy, full flavoured reds the thumbs up. Admittedly far from experts, we also enjoy the whites at Exquisite.ie. You have our full permission to try them all, within reason of course.

The newly constructed super cave at Chateau la Martinette is also worth a visit if only to enjoy its 400 hectares of forest, lavender and olive trees.

The domain was the property of Chieusse de Combaud’s family, an old aristocratic family from Lorgues dating back to 1620.

Top tip: Pre-plan your Designated Dessie aka driver who won’t indulge. La Gendarmerie (the police) regularly stop drivers and in France it’s obligatory to carry your own breathalyzer. They come with rental cars but remember to pack one if you’re driving over as a reminder to stay sober while driving.

History lovers get ready for a blast. Lorgues’ warren of narrow streets and alleyways come packed with stories of the Knights Templar and give the visitor a visceral idea of what it would have been like during medieval times. So much remains in tact including remnants of the town’s fortification walls, built in 1156 by the Templiers Commanderie du Riou.

Many of the old entry points still create enchanting arches into the centre like La Porte Sarrasin from the 11th century and La Porte Trébarry from the 12th century.

Warning: The pavements of Lorgues are dangerously uneven so watch your step. Sturdy footwear is advisable.

As you approach Lorgues from Vidauban or Taradeau, your first impression of Lorgues will probably be the imposing structure of La Collégiale Sainte-Martin, the landmark of the town and one of the largest churches in the Var. Every hour the bells ring out from seven in the morning until 10 at night, reminding everyone it’s time to get up and go to bed, or even pray, depending on your inclination.

Built between between 1704 – 1729 in the classical style, it reopened in December 2018 after two years renovation

There are wonderful works of art inside and an organ of some renown if you’re into that kind of thing. There’s also a super little boulangerie/café opposite the huge structure, La Bulle Sucrée, perfect to take a load off, catch some sun and enjoy some delicious French baking. Exquisite.ie recommends.

Places to stay in the centre of Lorgues:

Leave a comment to tell us your experience of Lorgues or if we can add anything to our list. 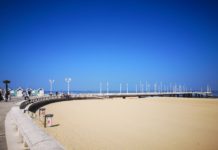 ARCACHON Five things to do in Bordeaux’s elegant seaside town 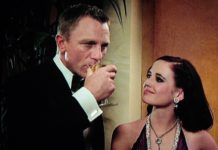