Irish film Vivarium has won the Gan Foundation Award for Distribution as part of the Critics’ Week Competition at the 2019 Cannes Film Festival.

The movie tells the tale of a young couple (Jesse Eisenberg and Imogen Poots) stuck in a strange housing estate, regretting their so called ‘investment’ in a surreal suburban nightmare. How many of us can relate to that?

“Winning the GAN Foundation distributor award is amazing for Vivarium,” says the movie’s director Lorcan Finnegan. “The prize will enable The Jokers, our brilliant French distributors, to release our film to a large audience in France. It’s a strange, funny, sad and frightening nightmare of a film, so now more people will get to experience its full effect in theatres.”

The win means the movie’s French distributors receive €20,000 to market the film and attract a wider audience on the heels of a strong world premiere at the Cannes Film Festival.

Here’s what Stephen Dalton from The Hollywood Reporter had to say about the movie:

“Shot in Ireland and Belgium, Vivarium feels at times like an extended episode of the hit Netflix series Black Mirror. It is a superior genre piece at heart, but elevated by its high-calibre leads Imogen Poots and Jesse Eisenberg, plus a script rich in political and cultural resonance.”

Tim Grierson from Screen Daily give his verdict on Vivarium:

“Suburban domesticity is a literal trap in Vivarium, a low-key science-fiction thriller whose obvious existential themes are well-served by a clever, confident execution that finds new ways to explore the hells of parenthood, commitment and ageing.”

Even on the French Riviera, the Irish couldn’t rely on the sun to shine, but spirits were high on the Croisette as Screen Ireland CEO James Hickey celebrated the premiere of Vivarium while bidding adieu to his 39th Cannes Film Festival and his second term as CEO.

“A strong body of work has been created, which I believe better reflects the very wide diversity of Irish talent in film and screen content. The focus on gender equality and diversity will continue into the future,” he said.

On the subject of gender equality, there was good news at the festival for female filmmakers, yes a clunky term, but still necessary while the industry recalibrates to some form of parity. Screen Ireland and Film Fund Luxembourg announced a special fund to support women in film, especially during that crucial development stage with funding at €40,000 per project.

The fund aims to reduce gender disparity in the film industry and marketplace and improve female representation in the screen industry.

The initiative is also intended to encourage further co-production opportunities between Ireland and Luxembourg.

Successful co-productions between Ireland and Luxembourg include the recent hit Black ’47, and the academy award nominated films The Breadwinner and Song of the Sea.

For more information on how to apply visit:www.screenireland.ie and http://www.filmfund.lu/ 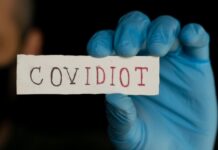 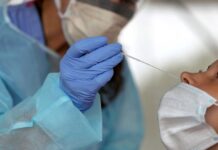 RACE TO THE BOTTOM The influence of Kim Kardashian