It’s hard to believe Ib Jorgensen is 82.  Clearly a life of discipline and self care have served him well. He is lean and impeccably dressed, as you might expect from one of Ireland’s former most respected couturiers.

Serious and alert, Ib has no intentions of retiring, when I meet him at his beautiful Jorgensen gallery on Molesworth Street in Dublin city centre. ‘They’ll have to take me out of here in a box,’ he says, not joking.  Clearly that’s a long way off.  This is a man who loves playing tennis and bridge, entertaining friends in his flat (he insists it’s a flat not an apartment, an Irish quirk he won’t abide). Twice married with two grown-up daughters and one grandchild, Ib is now a single man. ‘I do miss a cuddle but apart from that, life is good’.

Danish born, Ib and his family moved to Ireland when he was 15. His father was a pig farmer and the family settled in County Offaly.  Ib was sent to King’s Hospital boarding school which he remembers as being ‘freezing’.  He played rugby against businessman Tony O’Reilly once. O’Reilly’s team won. He had intended to study architecture but because of the daft rules of day around Irish, he had to change tack.

He signed up to The Grafton Academy of Fashion Design where his talents were quickly recognised.  On leaving he was picked up by Nicholas O’Dwyer, a leading fashion house of its day, where he became a skilled cutter and tailor. ‘I learned so much there as I was surrounded by the finest fashions in the country’.

Eventually, at the age of 22, he went out on his own and set up a salon in Dublin. At one point he employed 48 people as he dressed some of the richest and most glamorous women in the country and beyond including the Countess of Rosse and Lady Helestine in the UK. Ib also designed the Aer Lingus uniforms in 1975 and 1986. ‘It’s easy make dresses for models but the real skill came in creating pieces for larger frames and those are the pieces I’m most proud of creating because they involved technical skill,’ recalls Ib.

In 1962 Ib set up the Irish Haute Couture Group with Irene Gilbert, Neillí Mulcahy and Clodagh who’s now a successful interior designer in New York as I discovered recently.

There was a healthy competition between the group. Ib counts Irene Gilbert as the member he got on best with. ‘Sybil Connolly remained separate, what she could do with pleated linen was very impressive I must say,’ adds Ib.

In the 1970s Ib’s creations were on sale in the International Designers Rooms in Harrods of London and in Liberty of London. Such was his success in the UK he established a London salon in 1979. Eventually it became clear to Ib, there was an easier way to make a decent living and it involved another of his loves, art. In 1992 he opened the Jorgensen Fine Art (known today as The Jorgensen Gallery) on Dublin’s Molesworth Street above his salon but it later took over the business and to this day is his passion. The gallery specializes in contemporary Irish art but also shows a selection of Irish art from the 19th and 20th century.  The gallery also has a selection of antique Irish and English furniture and antique lamps. 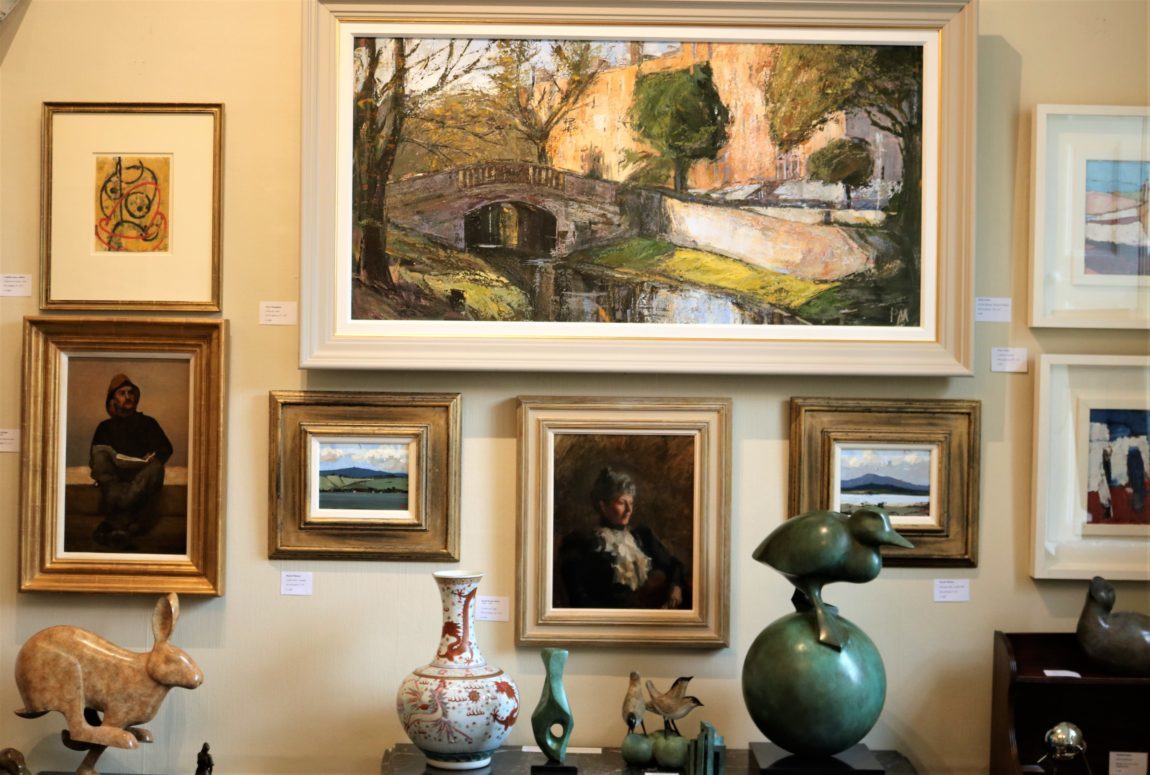 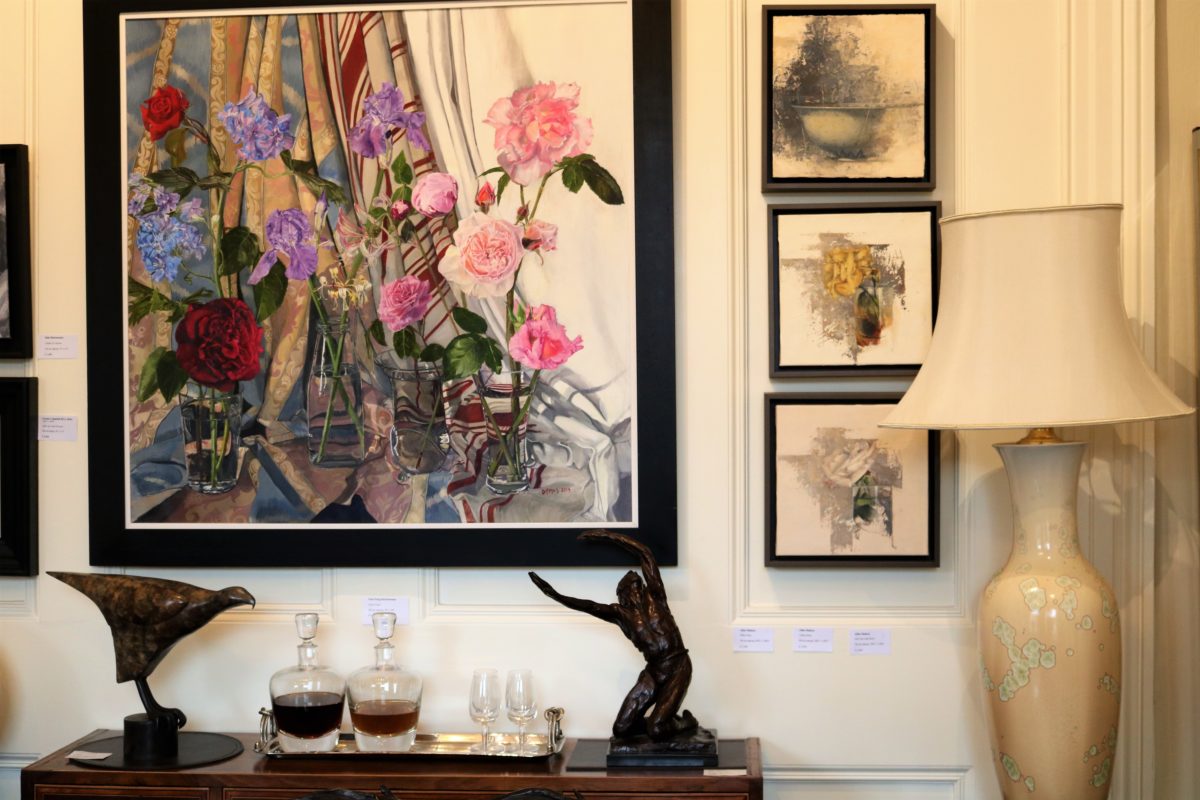 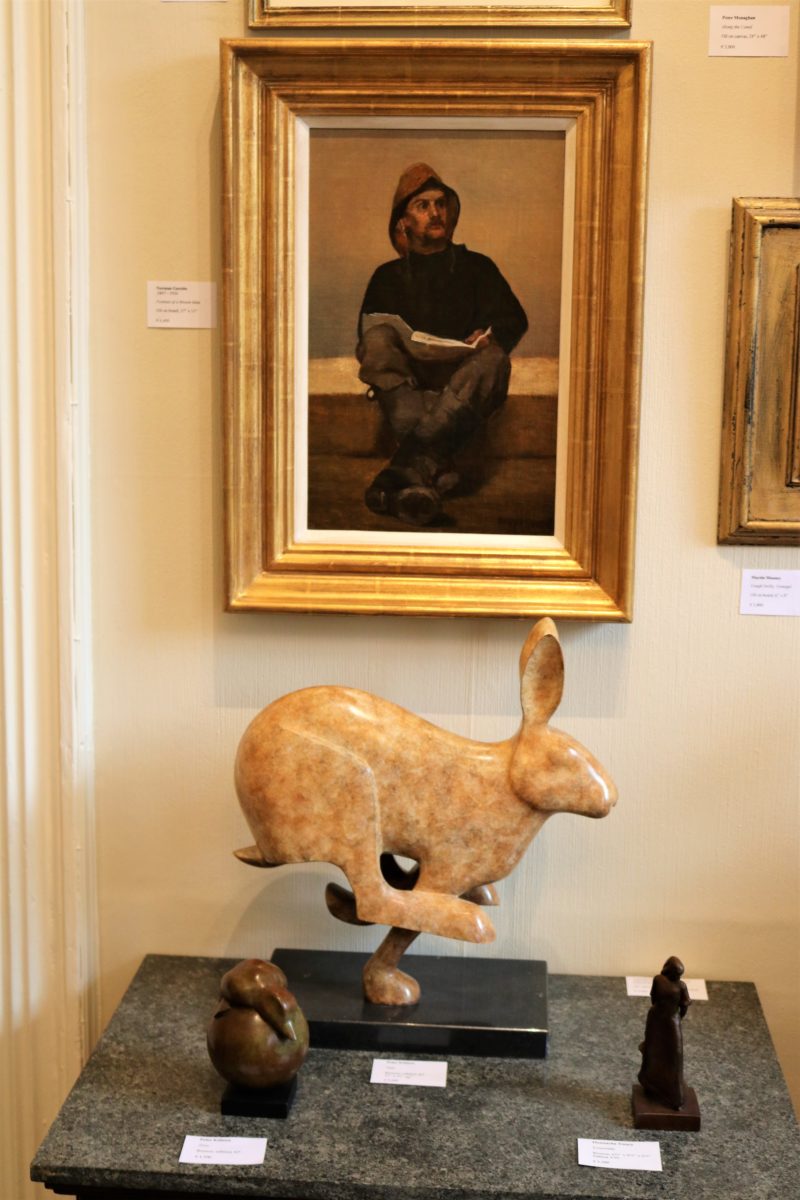 For more information go to: www.jorgensenfineart.com

Related story: A former member of The Irish Haute Couture Group alongside Ib Jorgensen, the story of Clodagh Phibbs…

THE WOLFORD WAY Aisling O’Loughlin gives her take on this hosiery...

SCARF PRINT TREND Why we’ve fallen in love again with the...